Well it's been 6 months now that I got my RH-770 antenna for the Wouxun, and tried it on the first satellite pass that day. And to my surprise and great pleasure I made it. Not an entirely successful QSO as I was cut off in the middle of it (it was AO-27 with the annoying habit of shutting off mid-pass) but it did foresight a great satellite experience. And it did...
With ever increasing number of QSOs, full contacts, longer or shorter chats, it's been a wonderful half year. It had some hard works in the afternoon pileups, early wakeup for surely getting in, and working from some extraordinary places to, it never stopped fascinating me.

So where did I get in 6 months?
368 QSOs
worked 33 countries and 79 squares
got confirmation on 20 countries (including YO) and 25 squares

And where I headed now?
well I'm aiming for some of the AMSAT awards, of which I'm very close, and of course to stay at least as much on the birdies.
Sadly the number of QSOs has started to drop, and I foresee this dropping tendency to continue, as AO-51 has a failing health, and being the best satellite and the main one I could use, it's frequent crashing affects me greatly. Of course there are some other FM satellites, but AO-27 and SO-50 are more or less useless because of the extremely high QRM in Brasov where I'm staying during the weekdays, and because the weekend zoo in there largely prohibiting me of getting in with my modest setup when I'm home. And of course there is still SO-67, but is rather scarcely turned on over Europe, and it is also experiencing some problems lately, with some crashes of the firmware, and there is another thing I've experienced lately, having more trouble hearing it steadily and getting in in a constant form, I'm guessing some polarization problem, or maybe the satellite spinning to fast or something, but having some difficulties with the whip.
But hey let's stay optimistic and get going on the next morning pass, I can get on.
Bejegyezte: YO6PIB A bejegyzés időpontja: 18:35

After my failed activation last year, it came the time for a successful one Mățău hill near Câmpulung.
Everything began with a visit to Brașov of 3 HAM from Germany (Walter - DK1BN, Hartmut - DF6PW and Chris - DJ7PI) eager to activate some YO summits. It seems that even them noticed the low SOTA activity of YO-land.
Before they came here asked around http://sotawatch.org about summits in the Brașov (Brassó, Kronstadt) area, to which I responded with a description of the closest and easiest summits.
After a few e-mail exchanges we did meet in Brașov for some face-to-face discussions. Afters these they decided on Mățău hill for their first attempt, this being one of the most accessible summits in YO ARM list. Well of course they also decided on this because they did not considered the 80 km to the hill a large distance, not being used to our mountain roads :)
Having this discussions friday at noon, I already finished with work, so I decided to join them in this adventure.
So a two and a half hour long drive followed, it was a little bit late, but the splendor of the Rucăr-Bran pass made up for it...
Unfortunately when we arrived to Câmpulung a terrible rain started seemingly ending our hopes for an activation. As we arrived to Mioarele village, just a couple of hundred meters from the summit we had to wait in the for half an hour because of the rain.
After that though our luck came back as the weather quickly got better and we started our climb to the summit.
On the top we quickly started mounting the antenna on a fishing rod, connected the transceiver and Walter, DK1BN started operating CW on the familiar SOTA frequency 10.118 MHz. Almost instantly came a huge pileup, a YO summit bewildering most of the chasers.
Meanwhile I tried my luck with my Wouxun handy with the telescopic antenna. At the first call on 145.500 YO7GQZ from Pitești came back very quick, after that however nobody else was on that frequency, so I switched to the usual calling frequency of the area, 145.225. This time I got more and more responses, so after a while I QSY-d to 145.425 to not block the calling frequency entirely. New station kept responding on this frequency also and of course I took my time during each QSO to explain a little bit about SOTA activity, this on being the among the first ones in the area.
I made 14 QSOs in total (among wich YO7FBM from Corabia, 170km away, not bad for 5W handheld), unfortunately the batteries started depleting (usual thing for the Wouxun when I talk too much).
I still hope I managed to popularize a little bit what SOTA means, so maybe others will join this wonderful activity.
Our activation lasted about one and a half hour, during wich Walter managed 82 QSOs on the 20, 30 and 40m bands, a few of them YO stations, so another succes we can say.
This was Walter's 150th summit, so he really enjoyed it, the large number of QSOs he made, and of course the spectacular surroundings also. I think this was also his first summit above 1000m, so it must have been a really good day for him.
As the dusk came we started packing our thing so we can get down to the car while there is light. But the wish for other QSOs from other summits...
I just hope I will have time so I can go out and activate other summits in the near future.
Once again I want to thank all whom I made contact from the summit and of course to DK1BN, DF6PW and DJ7PI for this wonderful opportunity. I wish you guys many successful activations and hope to meet you on some more YO mountains.
Bejegyezte: YO6PIB A bejegyzés időpontja: 14:04 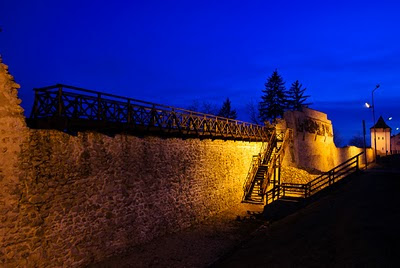 I had a clash again with lead free soldering today, when I had to change a bunch of capacitors in my mainboard. So after about 4 hours of sweating and swearing just for changing 8 capacitors I have to draw a few conclusions:
The only ones winning with this are the large companies producing electronic equipment: why am I not surprised on this.
Bejegyezte: YO6PIB A bejegyzés időpontja: 16:25
Újabb bejegyzések Régebbi bejegyzések Főoldal
Feliratkozás: Bejegyzések (Atom)