I started out the long weekend (due to 1st of May being a national holiday and having monday also free) of thinking to give another shot to the fishing pole antenna and do a nice HF activation of the nearby Măgura Codlei (Kotla, Zeidner Berg) peak.
It is also a good training as I got a little bit lazy during the winter, and the 600m elevation is still a good challenge for me.
So I started out from the edge of Codlea (Feketehalom, Zeiden), the city of which the mountain got its name. The route to the summit is well marked starting right from the city center with three hiking paths (red, blue and yellow triangles) starting from the same spot and later devirging to attack the summit from 3 different sides (with combination of red dot and blue cross).
The yellow triangle take very soon to the left, while the red and blue keeps together for quite a bit. I started following the latter.
After a quick glimpse back to the city from the edge of the woods:
I started out on the large, easy to follow and well marked trail: 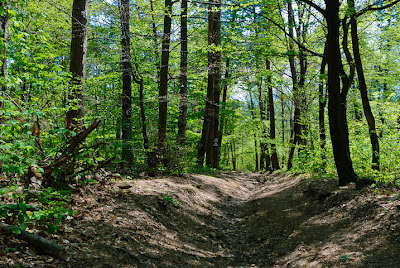 the sun was shining though the woods promising a wonderful day 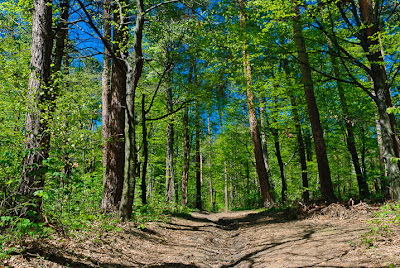 After about two hours of walk the blue and red triangles diverge, with the red one going directly to the summit, while the blue going toward the ruins of the Black Castle, from where the red dot would go on along the ridge to the summit. I choose the former, much shorted but also much steeper trail. A narrow winding path through the forest followed with some nice spring scenery: 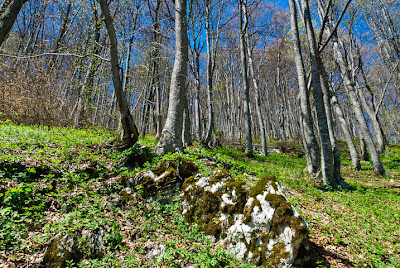 Finally, after another hour of walk (and lots of rests) I have arrived to a small clearing with a pole marking the peak: Vf. Măgura 1292m 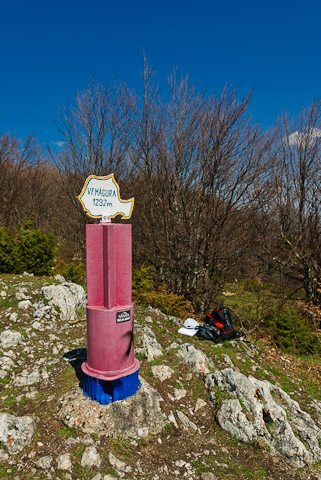 some quick photos around the summit 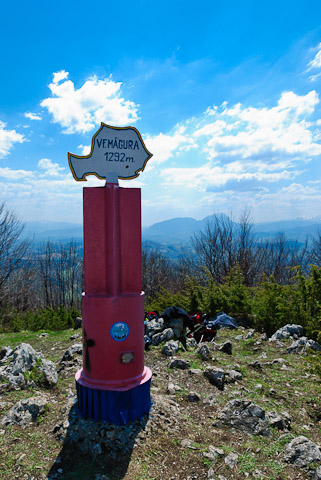 and of the panorama around the summit
Unfortunately there is only a clear view to the south, the other ways being a dense ring of trees and bush, but at least a good view of the Făgăraș (Fogarasi havasok):
and of the Piatra Craiului (Királykő):
After enjoying a little bit the panorama and quick few QSOs on VHF, I started putting together the HF setup, the vertical antenna on the fishing pole: 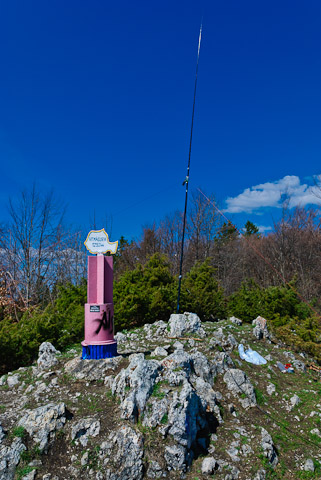 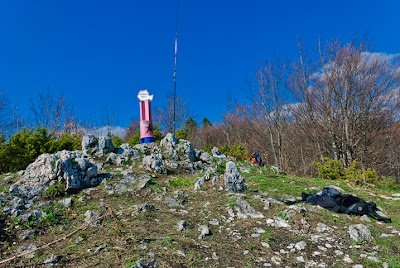 And of course finding out what did I left out, as always do; well this time it was the power cables for the FT-817, so I carried the SLAB for nothing, but at least the internal batteries were also fully charged, so I could start calling CQ on 20m. After a rather slow start stations started to come back, and I really started to enjoy this setup (actually this was the first real tryout of this combination of antenna and station) and after N1EU came back with a 33 report I was really excited, my first transatlantic QSO, a very good way to start the HF SOTA experience. After an hour of CQ-ing on 20m and QSO becoming scarce, I also did a quick tour on 10m, but after the a somewhat hard QSO with a Brazilian station which was answering to the QSO more because of being european and not for SOTA, and of course the batteries starting to deplete I called off. But before just turning of returned to 20m just to scan the frequency I stumbled upon OK7OK/p on OK/US-002, so a nice S2S completed a rather pleasant day.
But as my batteries were going down, the time was quite in the afternoon so I packed up and after a quick glimpse back to the summit: 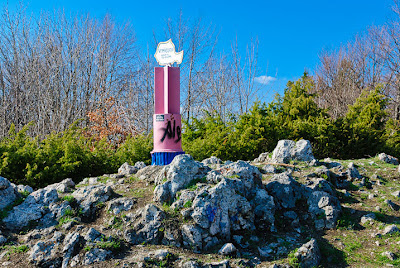 started going down, this time on the red dot trail along the ridge, the longer path down but which also give the opportunity to enjoy the funny rocks: 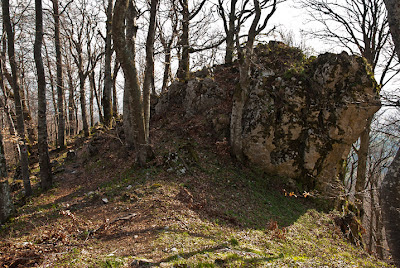 and the panoramas between them: 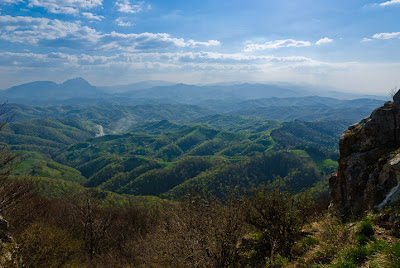 The trail down the ridge was also rather steep sometimes with some rock climbing needed: 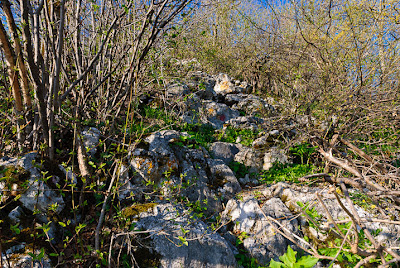 but below the ridge a nice clearing awaited with a nice view towards Brașov (Brassó, Kronstadt)
I arrived back to Codlea almost in the dark and rather tired (the whole descent being a half hour longer then the climbing was) but with a nice memory of a fine SOTA day. Final count 36 stations, 15 DXCC (2 real DX to NA and SA) a little bit of sunburn ;)
Bejegyezte: YO6PIB A bejegyzés időpontja: 20:00
Újabb bejegyzések Régebbi bejegyzések Főoldal
Feliratkozás: Bejegyzések (Atom)