Another fine Saturday, with two summits bagged in the Grohotiș mountains. This is a smaller mountain range south of the Csukás mountains. It is an easy trail along the main ridgeline starting from Bratocsa pass on the DN1A national road. A single day is well enough for both YO/EC-085 and YO/EC-072. The latter is the highest summit in the range and pretty good and well marked (at the beginning) road takes to the summit. The marking is a red stripe marking also the main ridge of the Carpathians, but that ridge takes a right turn before reaching the summit, so only the beginning portion is marked, but the actual road goes to the summit. We even failed to find where the red stripe breaks off.
First target of the day is the closer summit, YO/EC-085, Fața lui Gherghel (the Face of Gregory) which is to the left of the road, rising above it with about 200m as a steep wall, and with some rock formations probably giving it's name:
The summit is on a horseshoe shaped ridge, with the hiking trail on the outer rim, a steep climb on a funny moss-grown terrain: 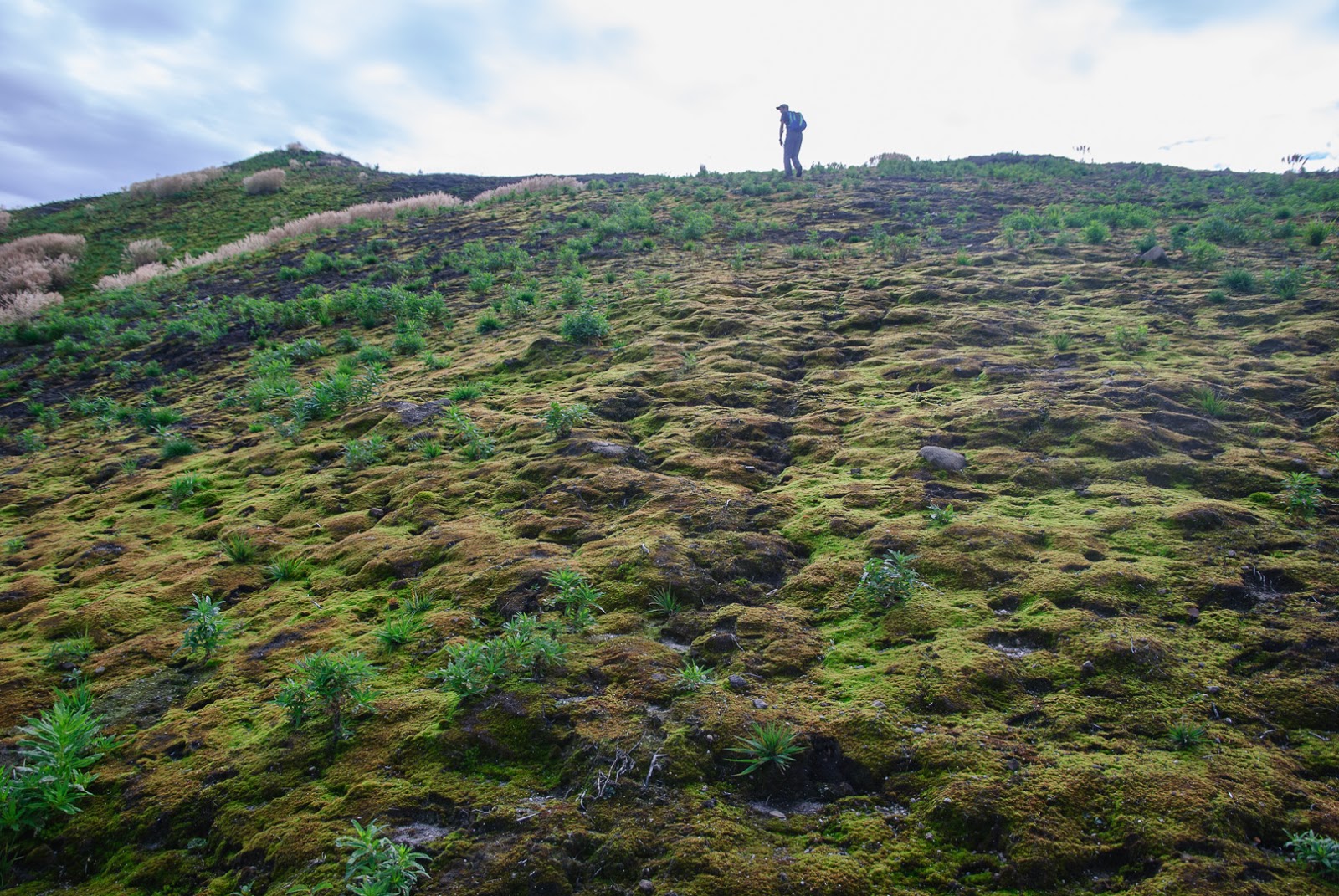 it is very soft to step on, and without even noticing we were on the ridge, which is in contrast only a barren soil (probably very muddy when raining) 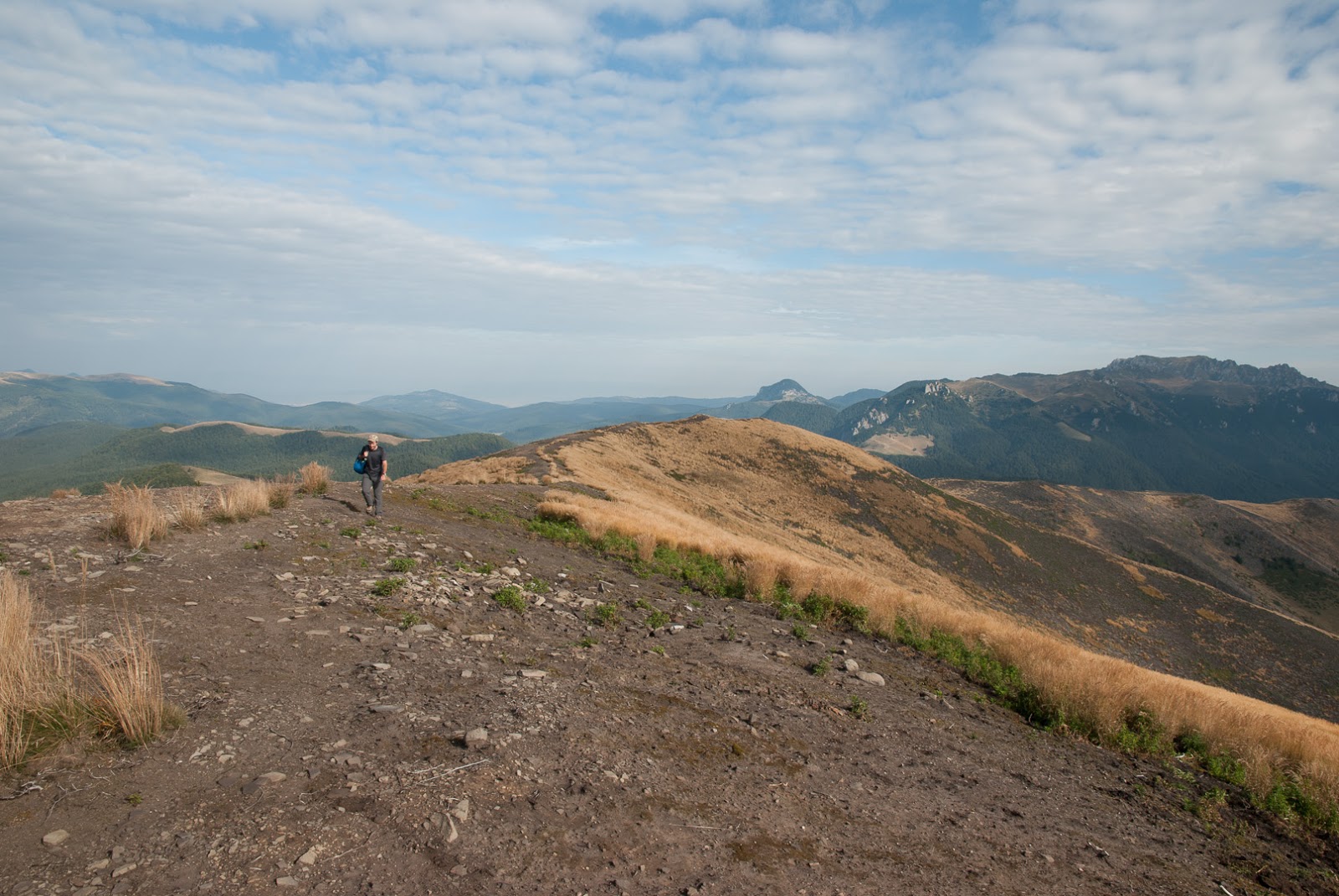 Nice panorama though and very clean takeoff for TX, I was very surprised to hear a very strong ZL station in a QSO with a LA one (which I barely could hear), very good propagation, and real amazement when ZL4IV returned to my call after finishing his QSO with the LA station, I bet my signals wasn't as easy copy then his.
After this QSO which already made my day, I started a more usual SOTA pileup of European stations, and I just stopped (about an hour and half later) when there were no more takers and was already time to catch the next summit as well.

Descending was much harder, as we wanted to shortcut a bit and got towards the cliffs, but it was still manageable. Although a bit more than usual care was necessary as we stumbled upon a very angry adder taking a sunbath on one of the rocks.

Back to the road, it continues again somewhat upwards finally leading to a very large and boring plateau: 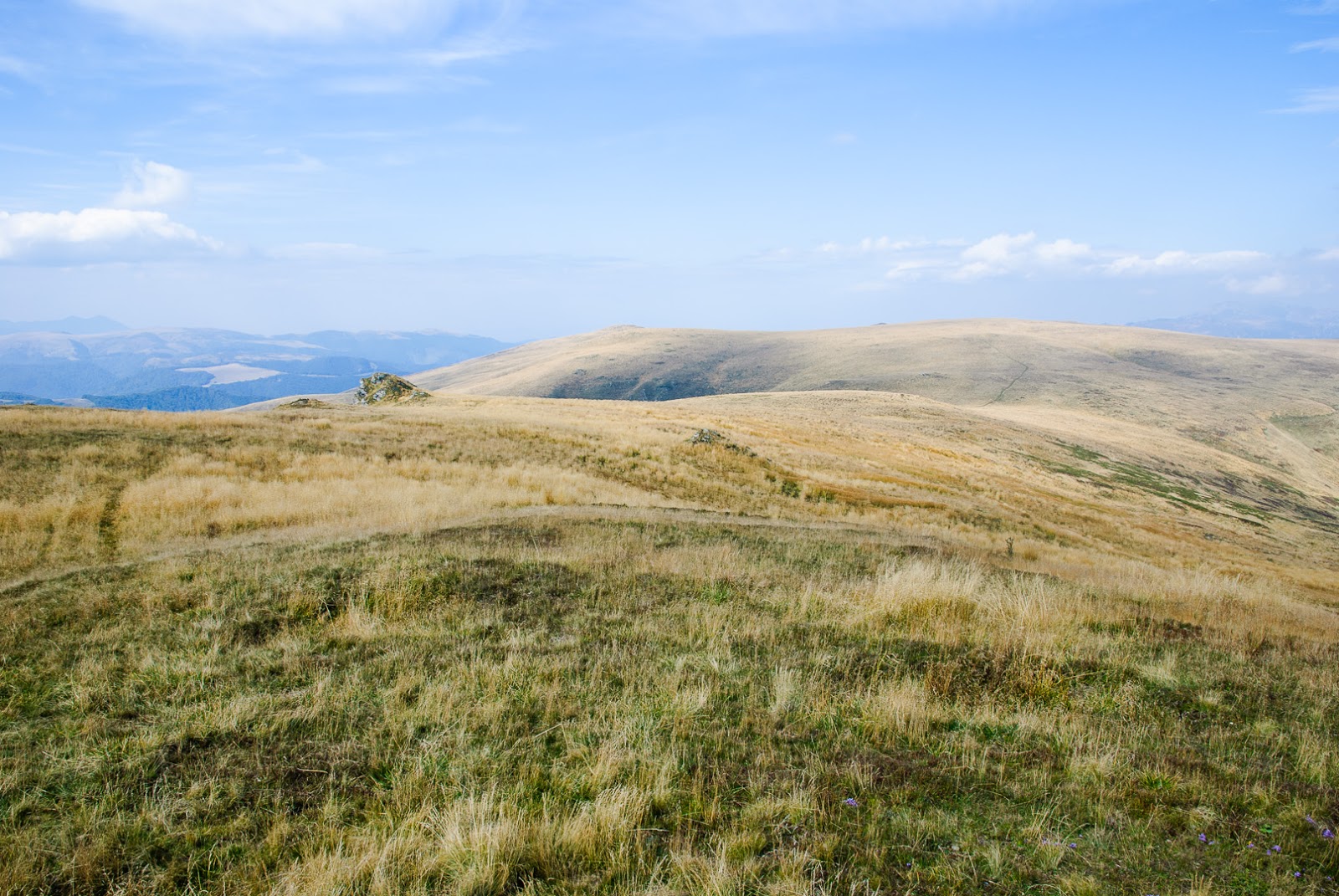 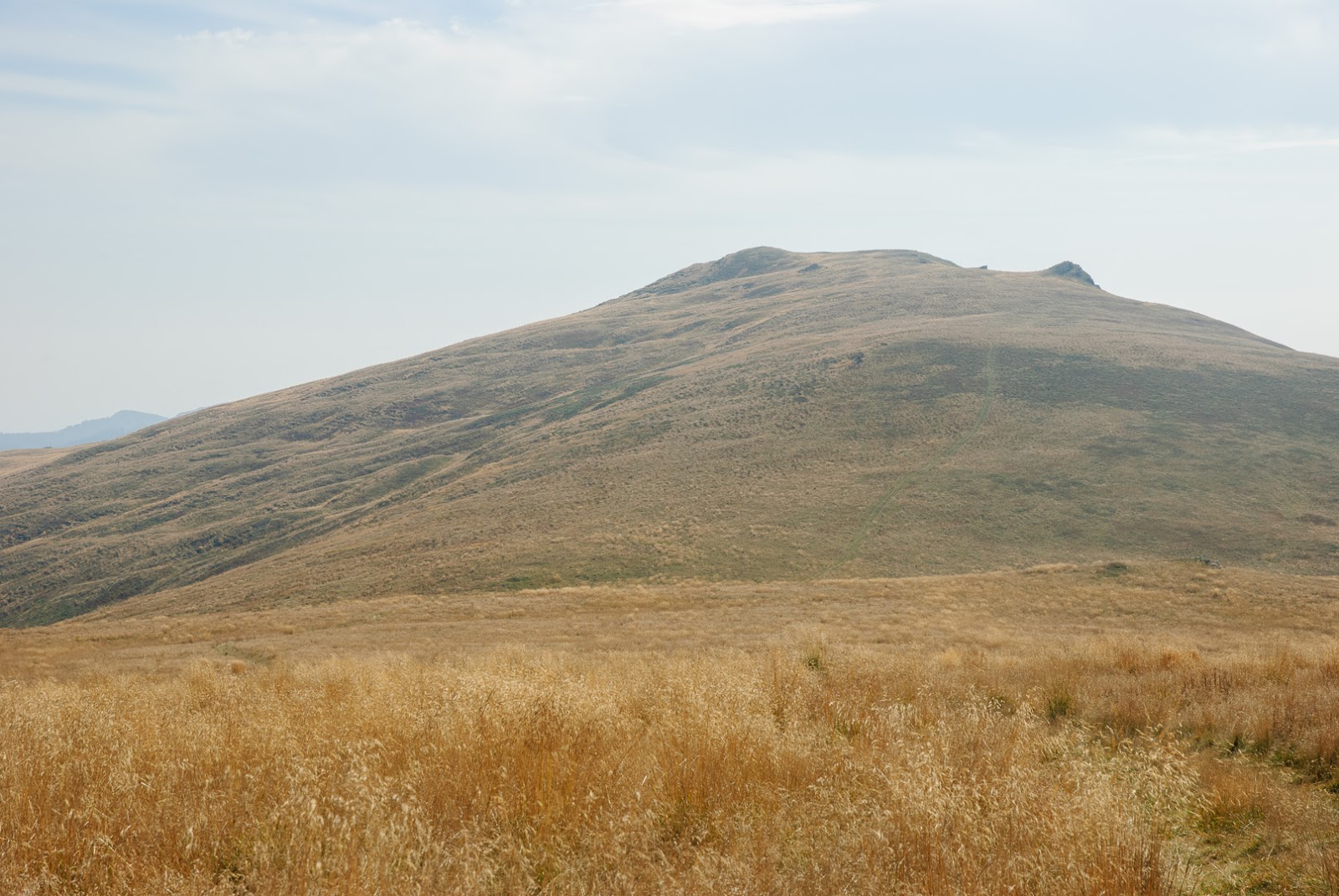 To be more annoying it showed ever further away as we approached, and only when I started thinking we will never reach it, finally gave in for another big SOTA pileup.
Even some bugs were curious of it, or maybe just enjoyed a rock painted in yellow:
By the way, as I mentioned the red stripe is available only at the beginning, but the full track was marked with this reflective yellow painting, probably for the Trail-running marathon the week before, and I guess the painting (especially on the rocks) will stay for a while. So it's a very easy to find track to the summit, but in all cases here is the track: 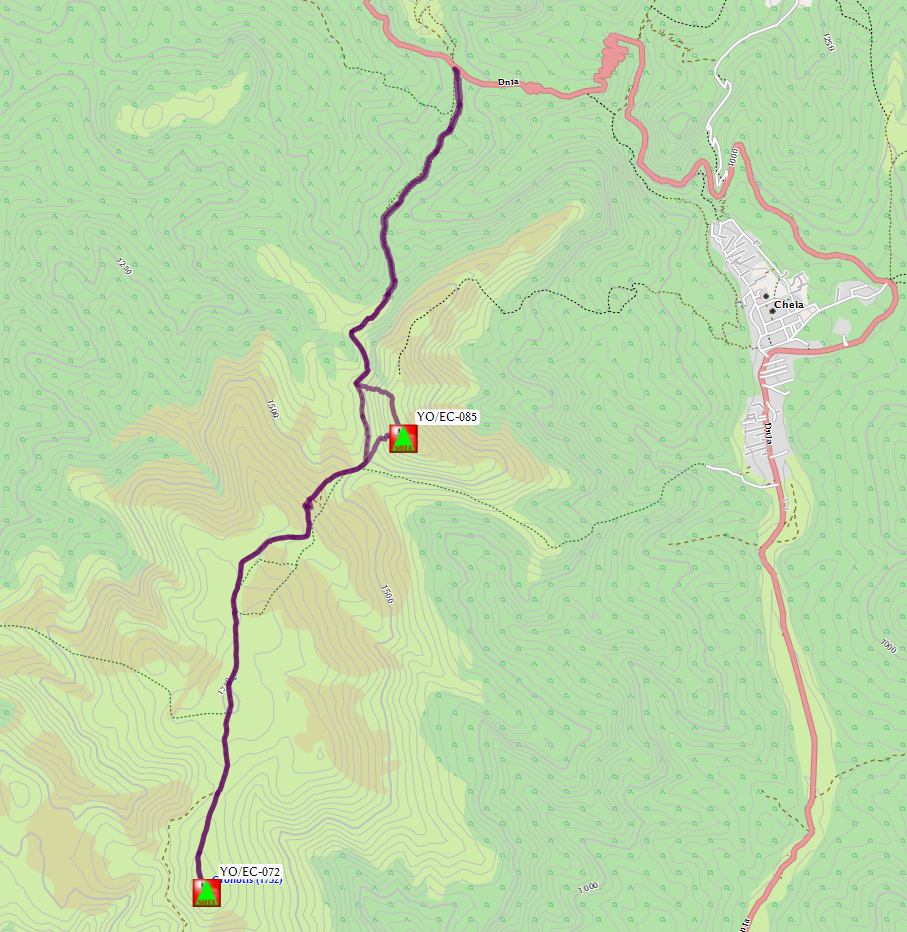 Overall 67 QSOs, with 3 s2s and the best DX to day, very fruitful day I say.
Bejegyezte: YO6PIB A bejegyzés időpontja: 13:44