The King's Rock, a true jewel in the South-Eastern Transylvania, an impressive limestone formation with a north-south orientation wedged into the normally west-east oriented Charpatians chain 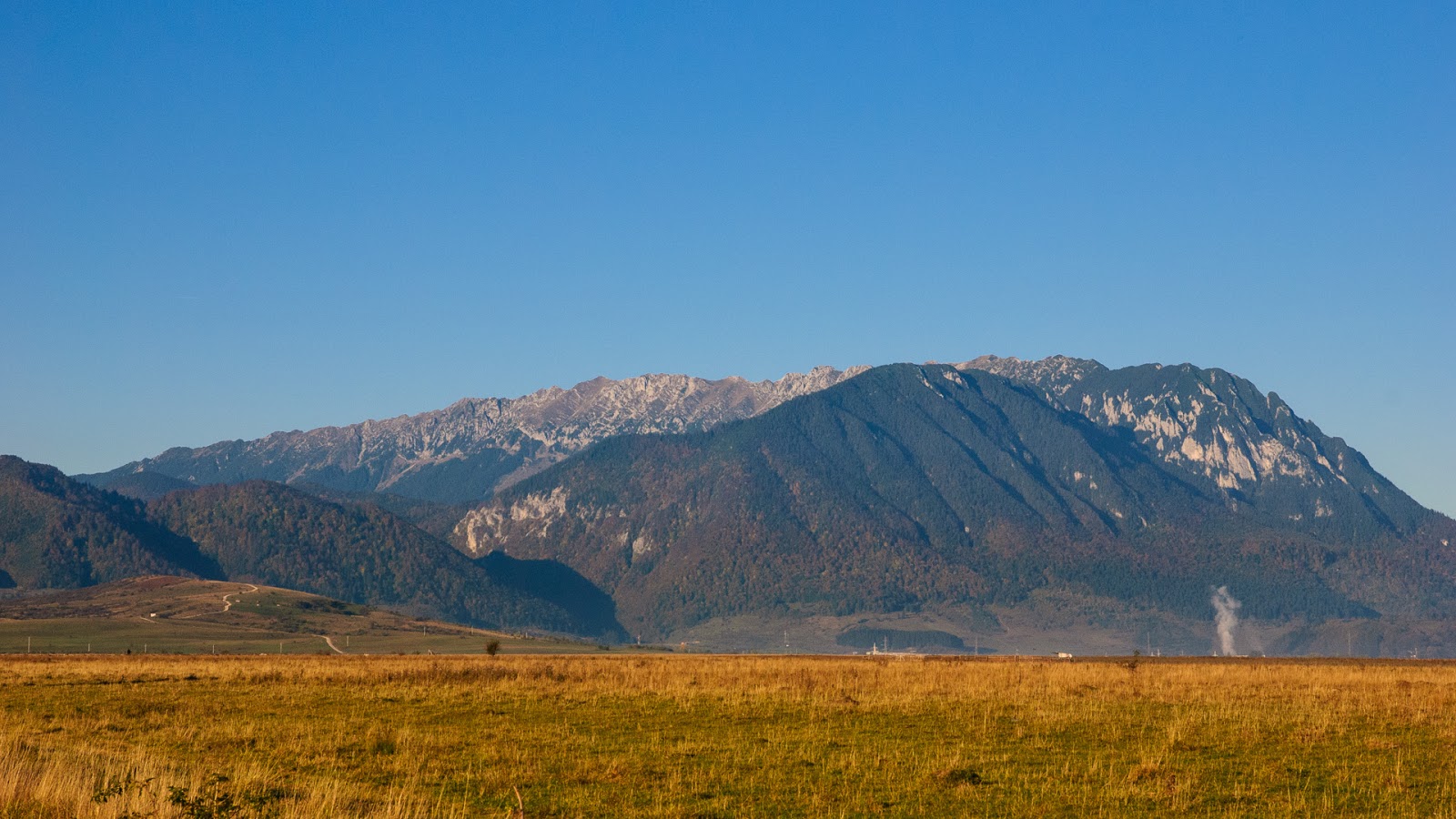 It was a very good choice for this sunny autumn day, quite warm for the period, no snow anywhere (and the summit is above 2200m so very prone to snow) so together with Sorin, Barbu and Mihai, went of to a quick one-day hike up and down those impressive walls.
Set out of Peștera village with a surprisingly new and very good asphalt road almost to the top of the village a near one of the usual starting place for conquering the King, the Folea hut. On the way one can admire a very nice mountain village with houses dispersed around the ridgetops, near impressive cliffs: 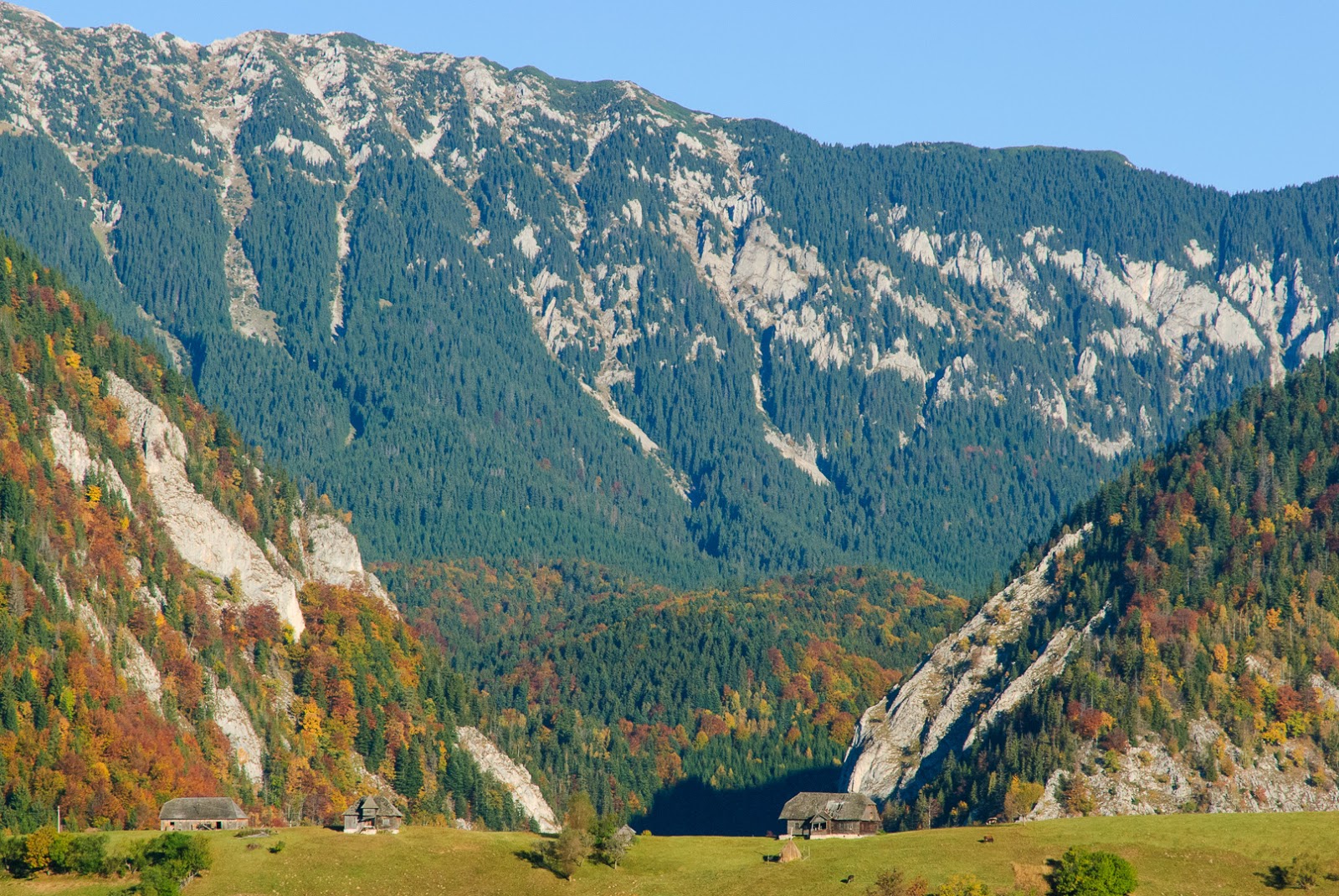 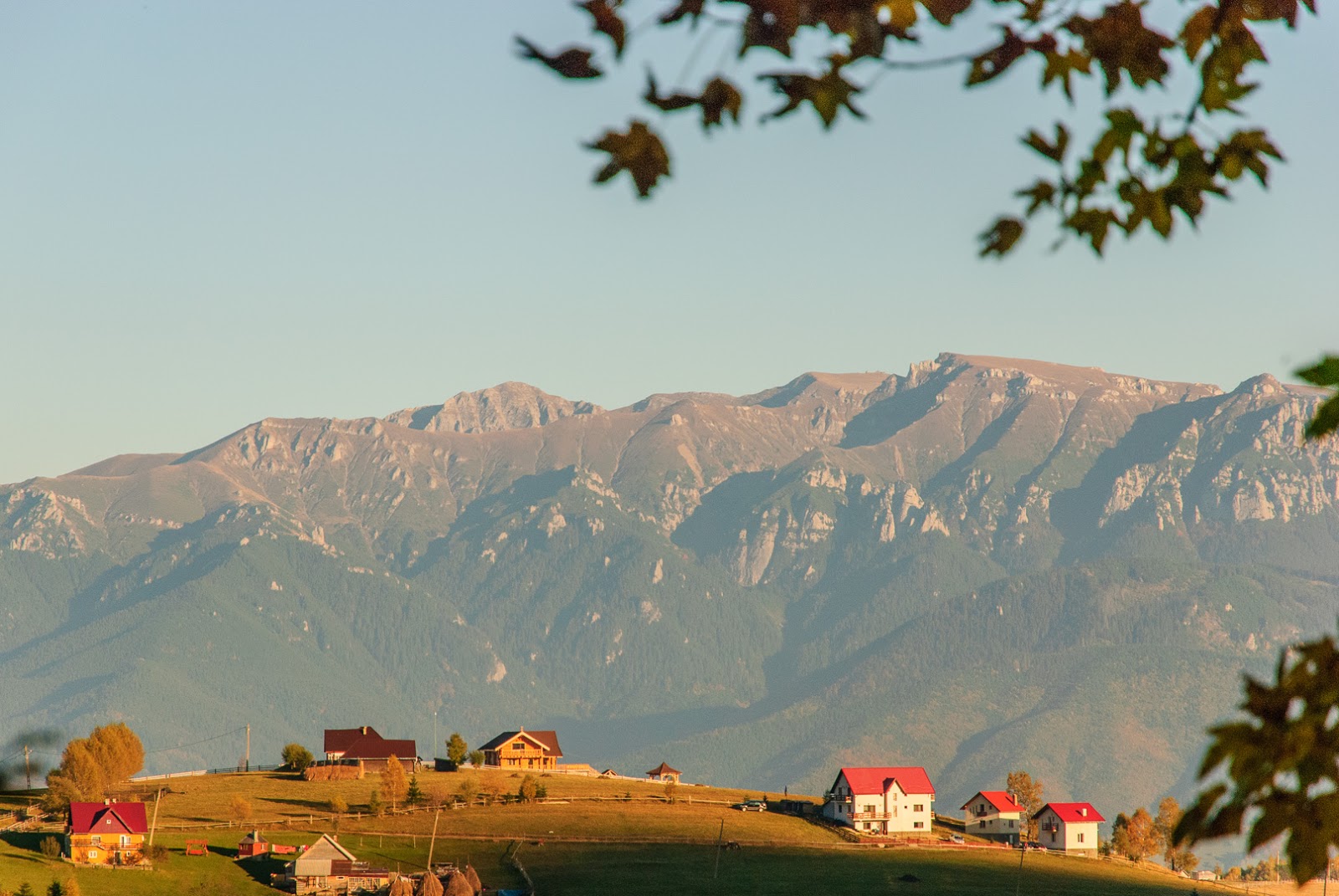 Fall colors followed us on the first part of the hike, a very long quite flat journey until the base of the mountain 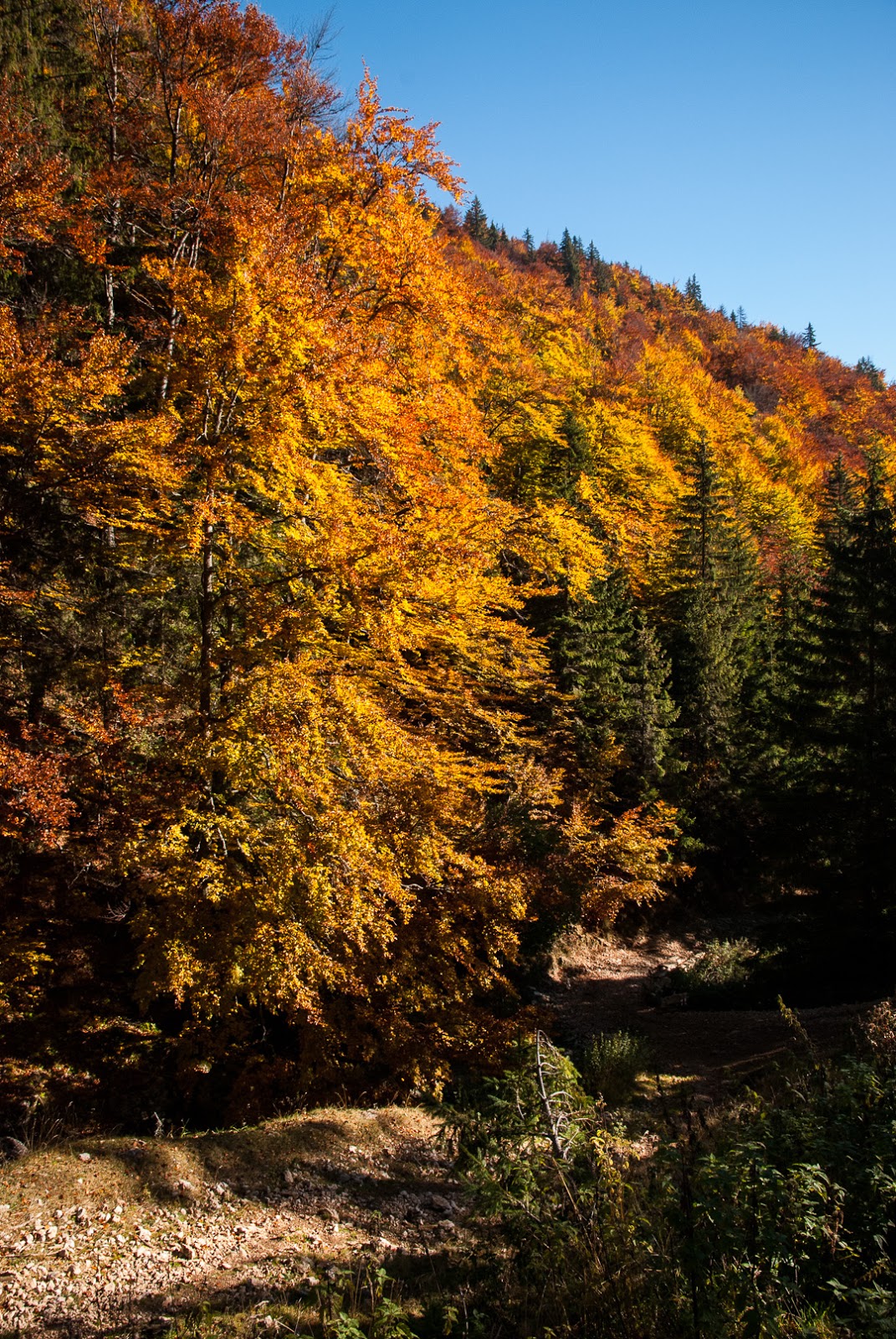 After about 2 hours of hiking through a the woods, we were finally just below the magnificent ridgeline, still towering above us by about 1000m 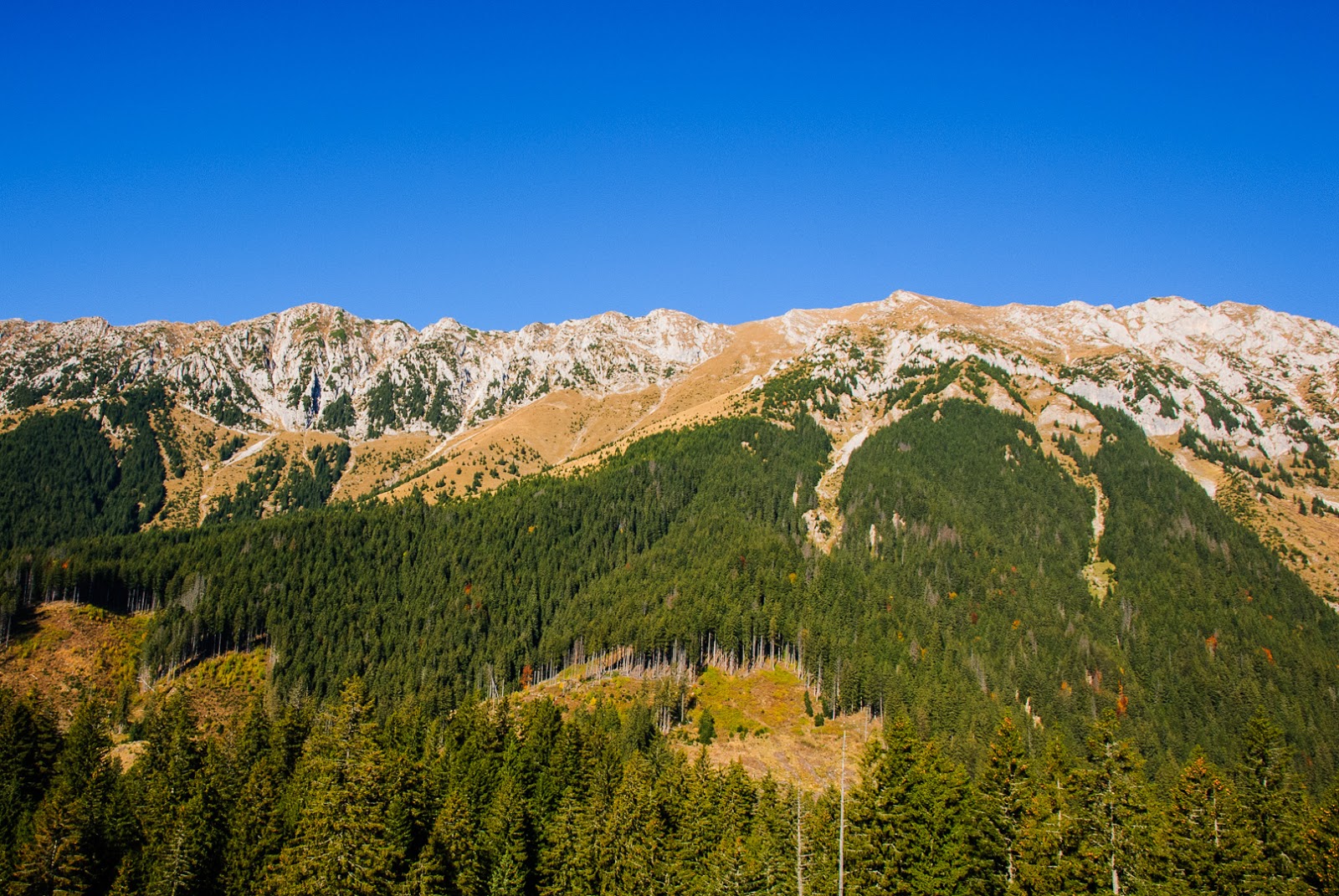 Yeah, the summit is the highest one on bit right side of the above picture, with the climbing route taking the almost direct approach towards it. Something like this: So a nice challenge with almost the same amount of time needed as the very long approach before. Finally up on the highest point this time admiring the ridge this time looking down 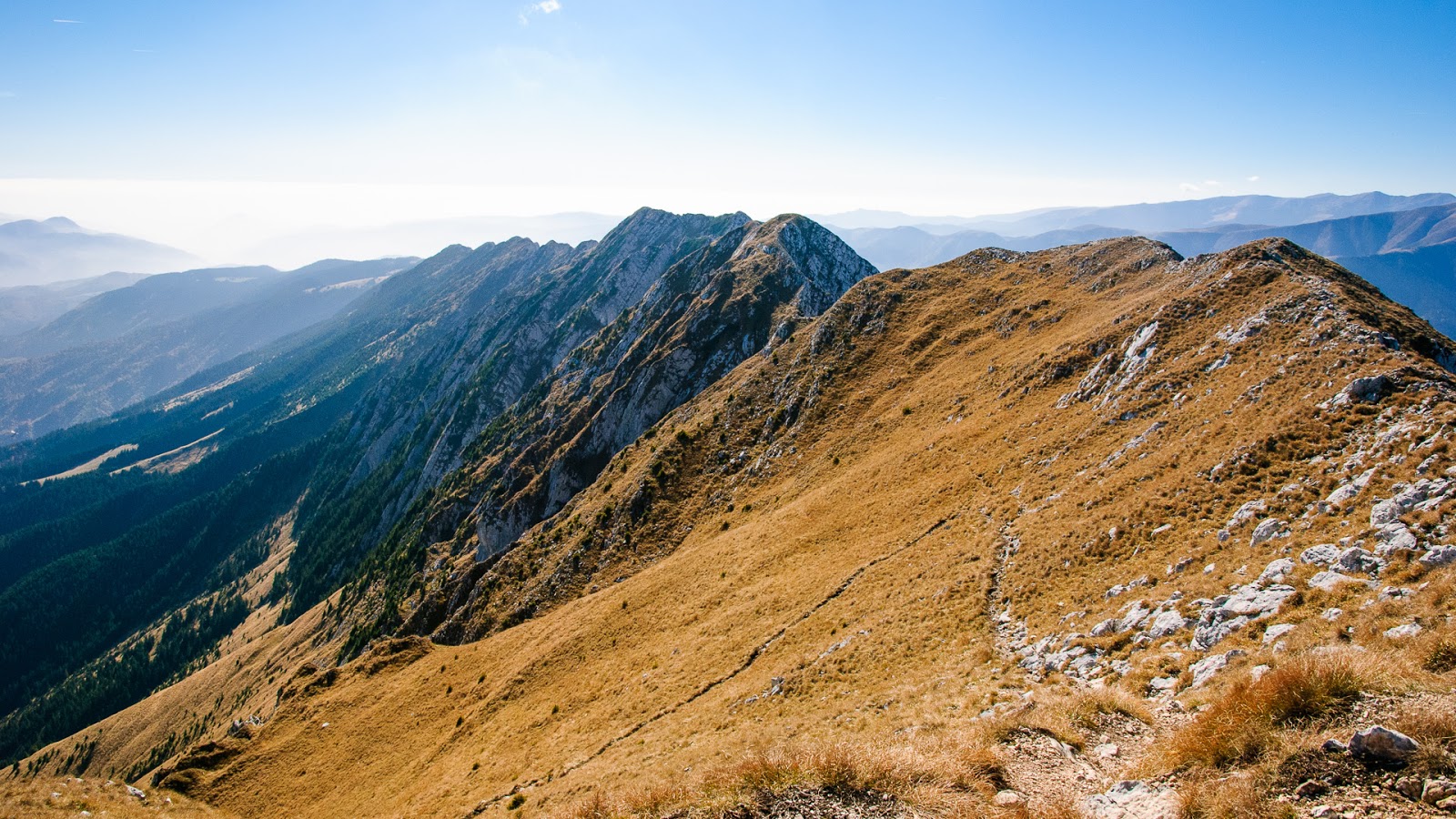 Of course not too much time for looking around, as the time was getting late, and the same amount expected also for the way back, so quick erecting the antenna (fortunately it can be strapped to the pole indicating the summit) and go for the pileup. A lot of station as usual and even W1OW bringing a nice DX as well.
Not too much time tough, so we could get down on the last rays of the sun back to the car, not before admiring some other good SOTA spots nearby (YO/MC-031): 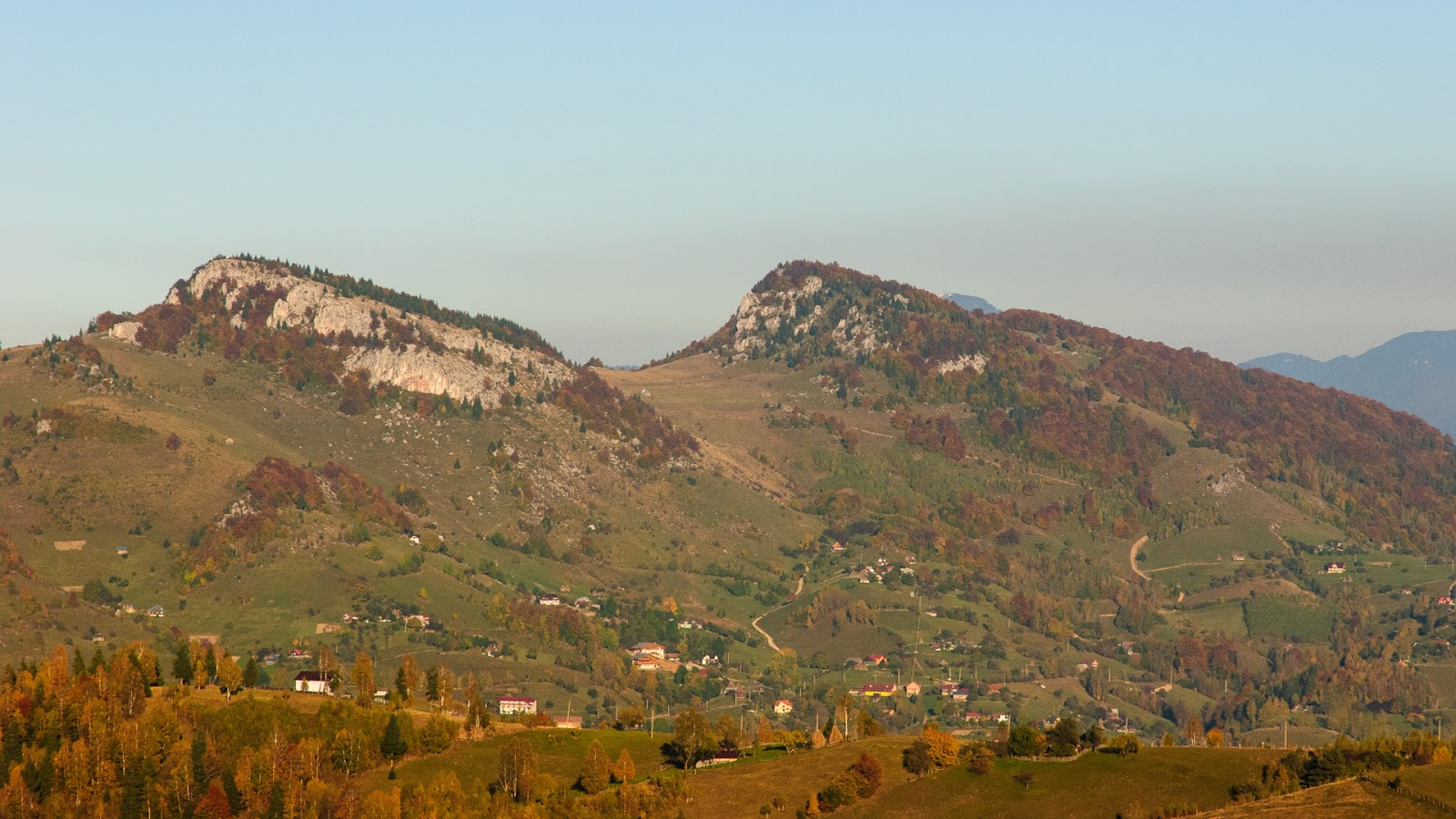